Lieutenant Colonel Charles W. Dryden (USAF – Retired) was born on September 16, 1920, in New York City to Jamaican parents, Charles Levi Tucker Dryden and Violet Buckley Dryden. He graduated from Peter Stuyvesant High School and earned a BA in Political Science from Hofstra University and an MA in Public Law and Government from Columbia University. In 1996 he was awarded an honorary degree of Doctor of Humane Letters by Hofstra University.

In August 1941 he was selected for Aviation Cadet training at the Tuskegee Army Flying School in Alabama. He was commissioned on April 29, 1942, as a Second Lieutenant in a class of only three graduates, which was the second class of black pilots to graduate in the history of the U.S. Army Air Corps. He was a member of the famed 99th Pursuit Squadron, later the 332 Fighter Group, which served in North Africa, Sicily, and Italy during World War II. 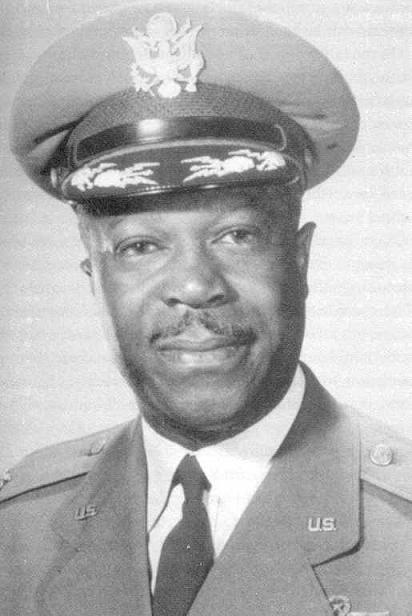 On June 9, 1943, then Lieutenant Charles Dryden, in his P-40 nicknamed “A-Train,” led a flight of six pilots engaging enemy fighter aircraft in aerial combat over Pantelleria, Sicily. It was the first time in aviation history that black American pilots of the US Army Air Corps engaged aircraft in combat. 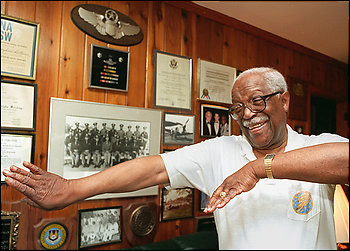 Colonel Dryden’s 21-year military career also included combat missions in Korea and duty assignments in Japan, Germany and ten different bases in the United States. He also served as Professor of Air Science at Howard University and retired in 1962 as a Command Pilot with 4,000 hours of flying time.

In 1998, Colonel Dryden was inducted into the Georgia Aviation Hall of Fame where he also served as a member of the board of directors. He was also a member of the Atlanta Metro Lions Club, Quality Living Services (a Senior Citizens organization) and The Atlanta Chapter Tuskegee Airmen, Inc. (ACTAI), which he helped found in 1976. During his ACTAI membership, he served as president, vice president (twice), and national convention committee chairman in 1980 and 1995. Colonel Dryden also served on various committees and in an advisory capacity for other committees within the chapter.

In 2007, due to Colonel Dryden’s commitment to The Atlanta Chapter of Tuskegee Airmen, Inc., the governing body and members of the chapter approved a motion to establish the “Charles Dryden Educational Fund.” On June 24, 2008, Colonel Dryden passed. His wife, Mrs. Marymal Dryden requested that in lieu of flowers, contributions should be made to the educational fund. For more information regarding the Charles Dryden Educational Funds, please contact The Atlanta Chapter Tuskegee Airmen, Inc.